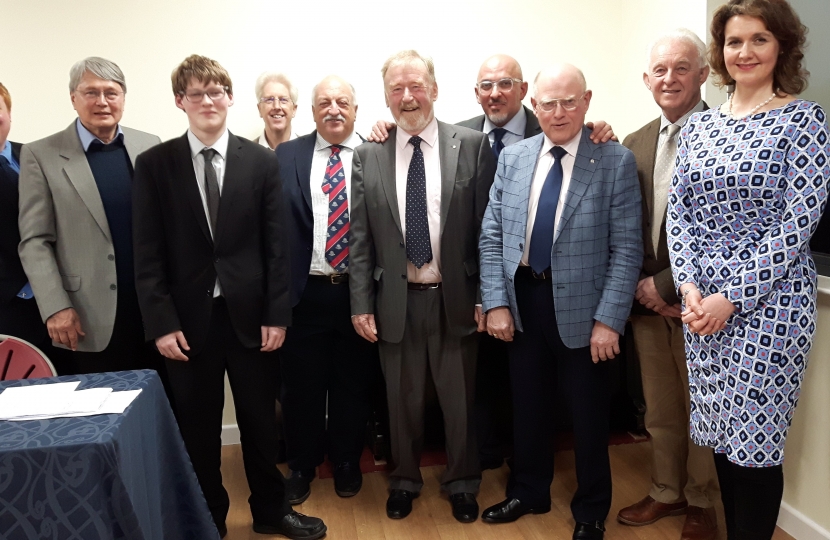 Brian Tustain stood down as Chairman after completing his three year term. Bearley resident and former County Councillor Richard Hobbs was elected Chairman with Penny-Anne O'Donnell from Loxley and Eden Lee from Tiddington elected as Deputy Chairman Political and Deputy Chairman Membership respectively. Tony Dixon from Tanworth in Arden and Gary Jeffrey from Wilmcote continued in their roles as Treasurer and Vice Chairman for Fundraising.

The AGM was Chaired by the Association President Hon. Philip Seccombe and gave members a chance to bid a fond farewell and thank you to James Holloway who retired as Agent in September 2016 and welcome the new Agent Alex Hall who replaced him.

The leaders of the Young Conservatives Group Joshua Ellis and Thomas Woollard were also present.