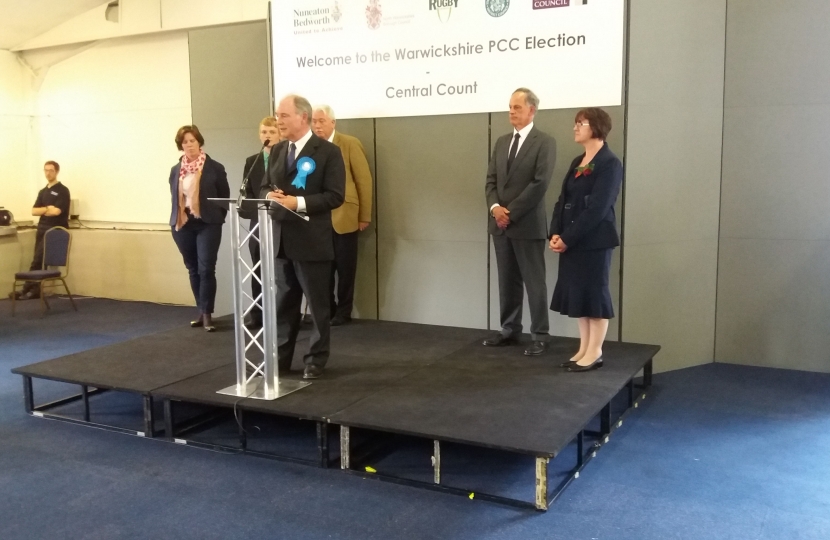 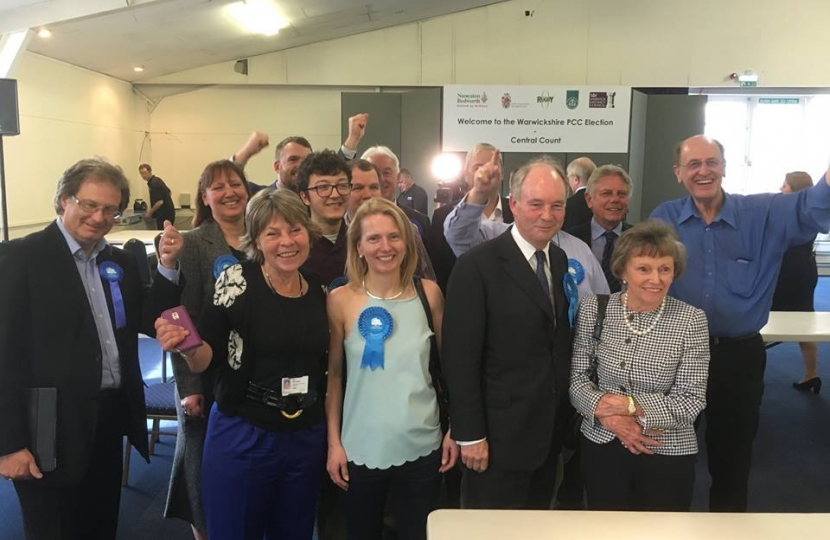 Philip secured a great victory winning the Warwickshire election for the Police and Crime Commissioner by 8,100 votes over the secondplace labour candidate Juie Jackson.

In the first ballot Philip won all of the districts except Nuneaton and Bedworh, and in the second ballot a majority in all five districts of Warwickshire.

In his acceptance speech Philip praised Ron Ball the outgoing Commissioner in making Warwickshire a safer place to live and work a vowed to continue the good work for the residents of the County.

He thanked his agent James Holloway, Mark Lerigo  and all the people in the Conservative party who had worked tirelessly delivering leaflets and canvassing to get him elected.