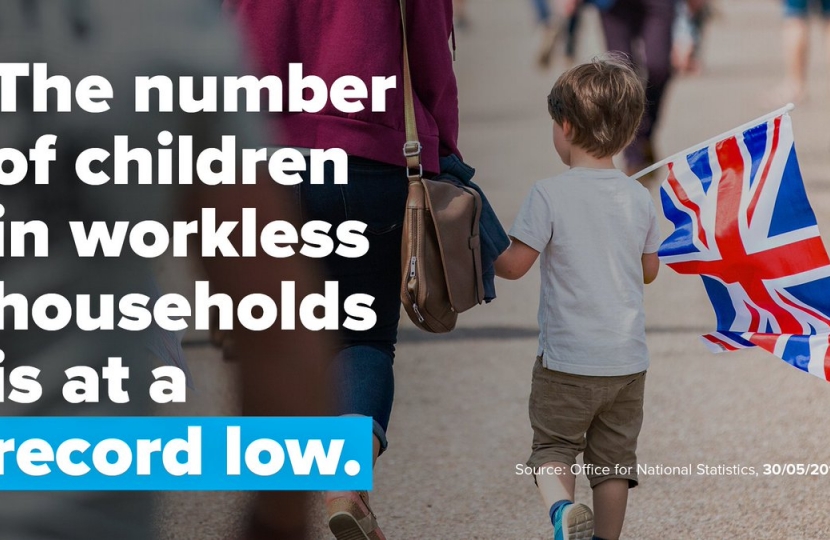 “It’s excellent to see the number of children in workless households falling – with 95,407 fewer across the West Midlands since 2010. This means more children in families in Stratford-on-Avon with the security that comes with a good job and a regular pay packet. This is further evidence that the Conservatives’ reforms to welfare and support for business to create more jobs, as part of our work to build a stronger economy, is working. We are working hard to build a stronger and fairer economy - delivering a brighter, more secure future for families in Stratford-on-Avon – but there is more to do. That is why we are investing in a modern Industrial Strategy to build a country that works for everyone.”