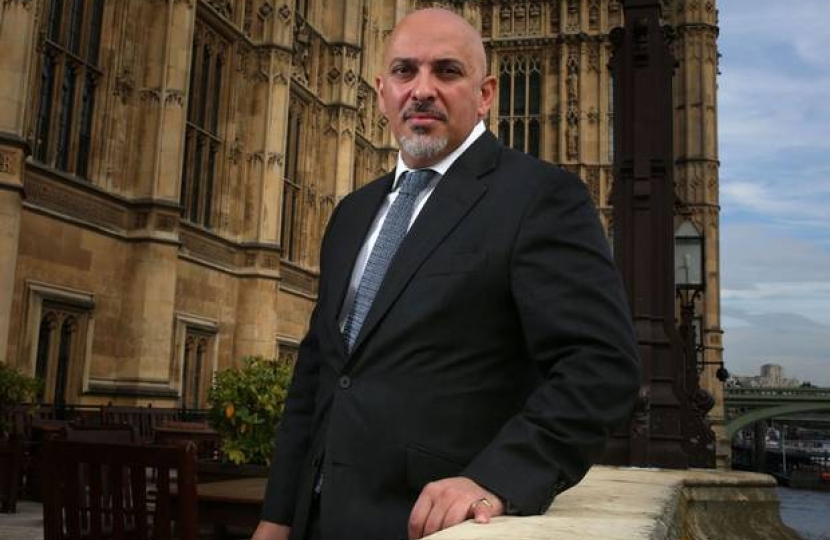 Nadhim Zahawi has welcomed the Summer Budget, endorsing the Chancellor’s plan to finish the job on the deficit and keep moving to a higher wage, lower tax and lower welfare economy and put security first for families in Stratford on Avon.

The budget sets out the action the Chancellor will take to put security first. Although forecasts show Britain will be the fastest growing major advanced economy for a second year in a row, the deficit is still extremely high. The Budget sets out a balanced plan to cut the deficit at the same rate as in the last Parliament to achieve a surplus.

The new National Living Wage will mean two and a half million people get a direct pay rise. Those currently on the minimum wage will see their pay rise by over a third this Parliament, a cash increase for a full time worker of over £5,000. There’s further support for working people with an increase in the tax-free personal allowance so someone will be able to earn £11,000 before paying any income tax at all. We will also raise the 40p rate to £43,000, lifting 130,000 people out of this higher tax rate.

Corporation Tax is being reduced to 18 per cent to help businesses grow and support job creation. The previous Government had already taken this rate to the lowest in the G20 and aligned it for large and small businesses, but it will now be cut further to send out the message that Britain is open for business.

The Budget also commits to meeting the NATO pledge to spend 2% of our national income on defence – not just this year, but every year of this decade.

Nadhim Zahawi MP welcomed these measures as good news for hardworking taxpayers in Stratford on Avon:

“This is a Budget that delivers security for working people in Stratford on Avon and keeps Britain moving from a low wage, high tax and high welfare economy to a higher wage, lower tax and lower welfare country.

“I was delighted to see the introduction of the new National Living Wage coupled with tax cuts for working families. This will boost take-home pay for those who working hard and getting on in life, meaning more financial security. I wholeheartedly support these policies and have pushed for them in Westminster, so it is brilliant to see them in the Budget.

“As an entrepreneur I understand how further reducing the tax burden on businesses will create jobs and give more people the security of well-paid work. This both makes our economy more secure and allows the Government to invest in our world-class NHS and meet our defence commitments.

“Our country is on track to live within our means, while providing lower taxes and a new National Living Wage. Our economy is projected to grow more than any other major advanced economy, meaning we can invest in our nation’s defences and health system. This is truly a Budget that puts families in Stratford on Avon first, and is all about creating a better future for all.”