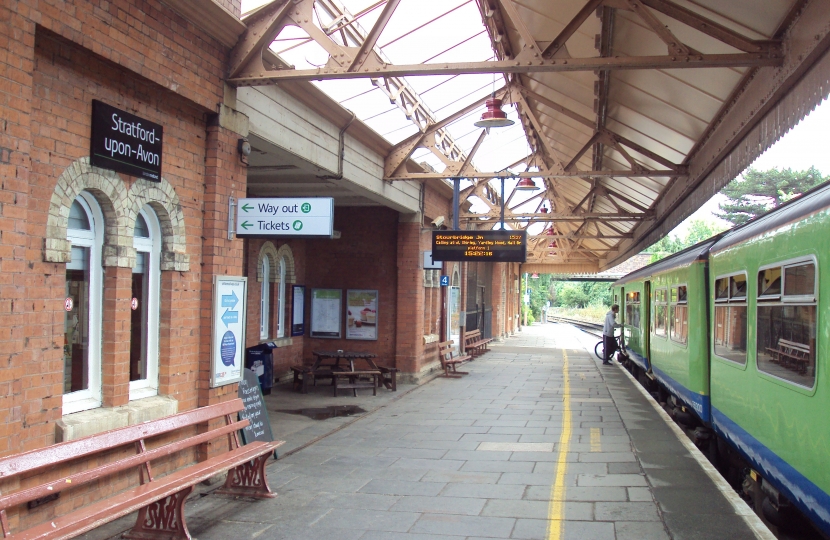 At the meeting Mr Zahawi raised local concerns that Chiltern’s new timetable will provide a poorer service for both local residents and visitors and that it represented a shift in Chiltern’s focus, away from Stratford and towards Bicester.

Mr Brighouse disputed this and pointed to the fact that whilst a number of services that were previously direct will have to connect at Leamington, this connections is cross-platform and therefore easy for the traveller. He also said that travellers will step onto modern high speed wi-fi connected trains to complete their journeys.

He also confirmed that the new service provides more trains mid-week and maintains the same number of trains at weekends. On top of this, the weekend journey time between London and Stratford is being cut down to 123 minutes from 138 minutes, while the mid-week journey time will remain the same.

Mr Brighouse also confirmed that the Chiltern Railways team is working with Stratforward and Shakespeare’s England on plans for the Shakespeare 400th Anniversary Celebrations next year.

Speaking after the meeting Mr Zahawi said:“I felt it was important to raise the concerns of my constituents directly with Chiltern’s management so asked for this meeting.  I will be keeping a close eye on the impact of these changes, and have asked Chiltern to keep me updated on any changes in the number of  journeys made from London to Stratford after the changes have been instigated.”